The Royal British Legion tweeted this image of a fundraising event. Look at it. 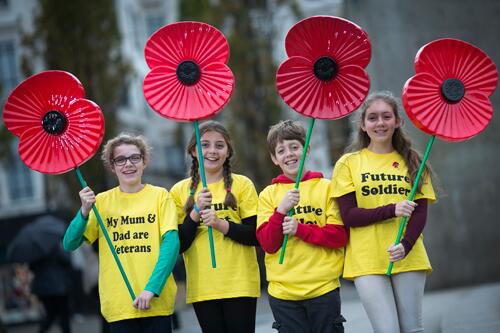 The poppy was once a symbol to remind us of the senseless massacre of millions upon millions of people in muddy fields far away from home. The poppy was supposed to say never again to the horrors of a spat between politicians murdering a generation. What it is now is a symbol of militarism, and standard used to recruit children to don a uniform and go off and get themselves killed. It means the opposite of what it is supposed to.

I admit I’d stopped wearing the red poppy about six or seven years ago. I am not sure if it was because my eyes opened to…